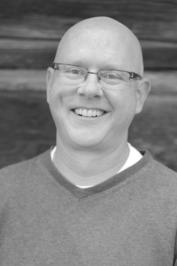 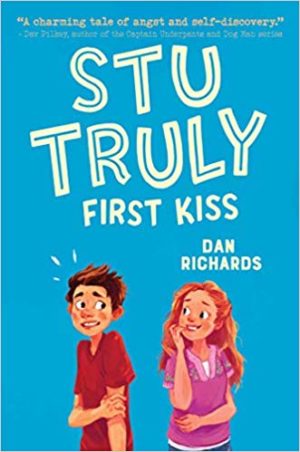 Stu Truly has his summer all planned out, and he’s anxious to spend time with Becca, the girl who makes his palms sweat and his stomach turn. Will Stu’s crush turn into something more?
It’s the summer before eighth grade, and Stu Truly is enjoying the start of his vacation! His plans consist of playing video games, hanging out with his friends, and, more importantly, hanging out with Becca. But when Stu has a daydream of kissing Becca, he panics. He isn’t even sure if he’s actually going out with Becca. Sure, they’ve held hands a couple of times, but that doesn’t mean they’re going out, does it?

When Stu’s grandma breaks her hip, his plans are put on hold. Now, he has to help out at her store, Truly Fine Fashions. Unfortunately for Stu, it’s a women’s clothing store. So he has to balance his summer job and spending time with Becca.

This is a hilarious and heartwarming follow-up to the contemporary middle grade novel Stu Truly. Will Stu get his first kiss from the girl who stole his heart?

Dan Richards grew up in a small town eating meat, avoiding vegetables, and cheering at the annual Irrigation Festival parade. He’s a graduate of the University of Washington’s Writing For Children Program, where he wrote his first picture book, The Problem with NOT Being Scared of Monsters. Stu Truly was Dan’s debut novel. He lives with his family in Bothell, Washington. You can learn more about him at DanRichardsBooks.com.