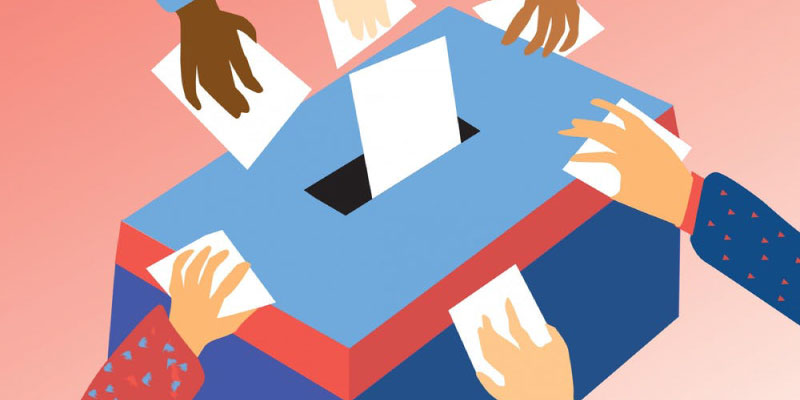 Let’s face it, while it can be pretty hard to understand what’s going on in the world of politics, it’s generally even harder to determine if politicians themselves know what’s happening. The following five books tackle important contemporary political issues and explain the background to them, which should help readers to untangle the mess, see beyond the news reports, and understand why things are happening as well as what can be done to change the situation. 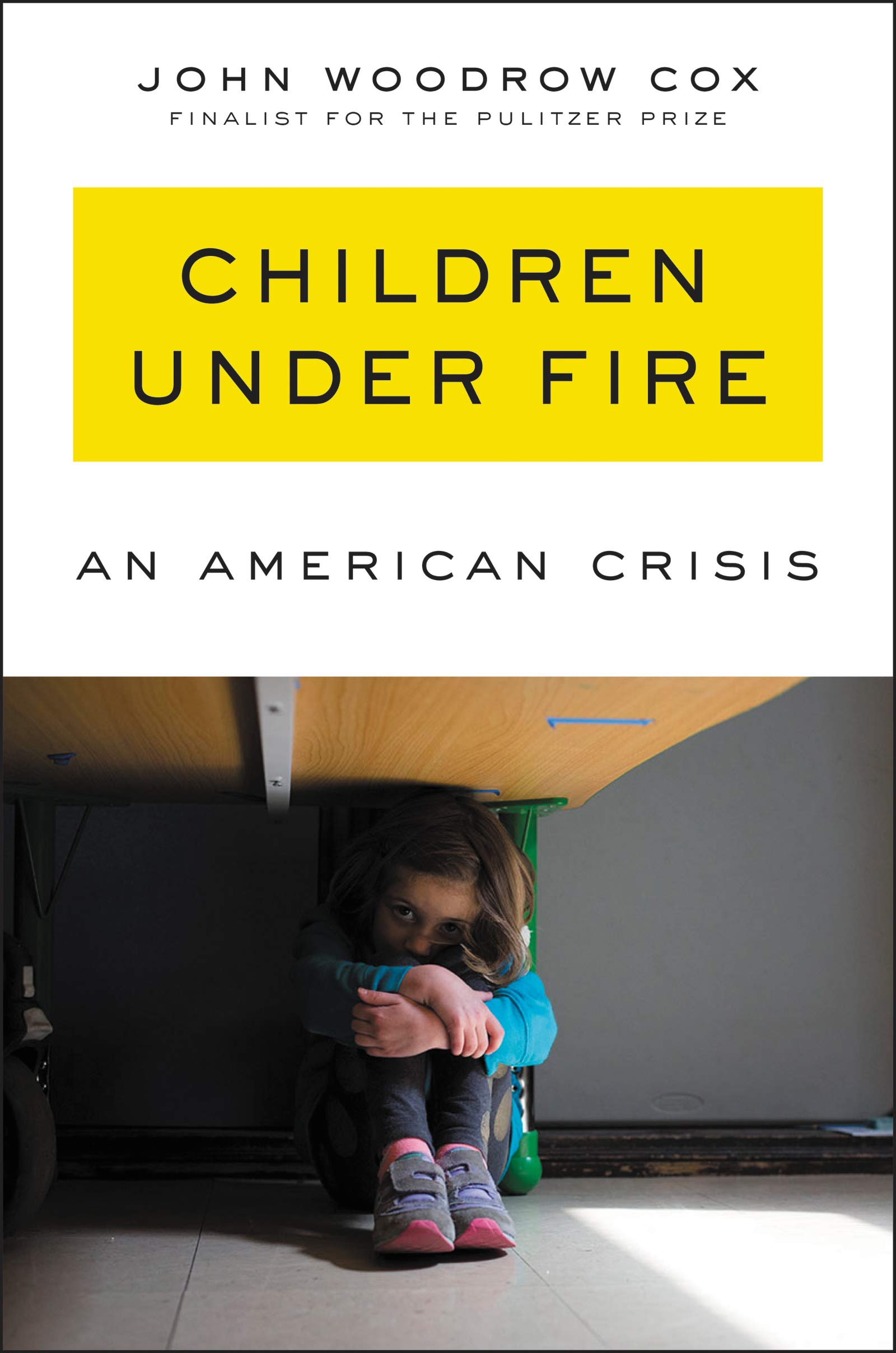 As investigative journalist John Woodrow Cox notes in the opening chapter of Children Under Fire: An American Crisis, gun violence represents a public health crisis in the United States that has long been both drastically underestimated and willfully ignored, and it is having a terrible impact on the nation’s children. In fact, shockingly, on average, one child is shot every hour in the United States, making gunfire the second-leading cause of death among children in the country. Based on a series of articles Cox wrote for the Washington Post, this book examines the tragic effects that guns and gun violence are having on children. Through first-person accounts of those, both adults and children, who have suffered as a result of gun violence, the book highlights how woefully inadequate current gun control laws are and also exposes the individuals and organizations that have a vested interest in keeping them that way. The stories included in the book are heartrending and should prompt even those most committed to the cause of the gun lobby to reflect on what can and should be done to protect America’s children. 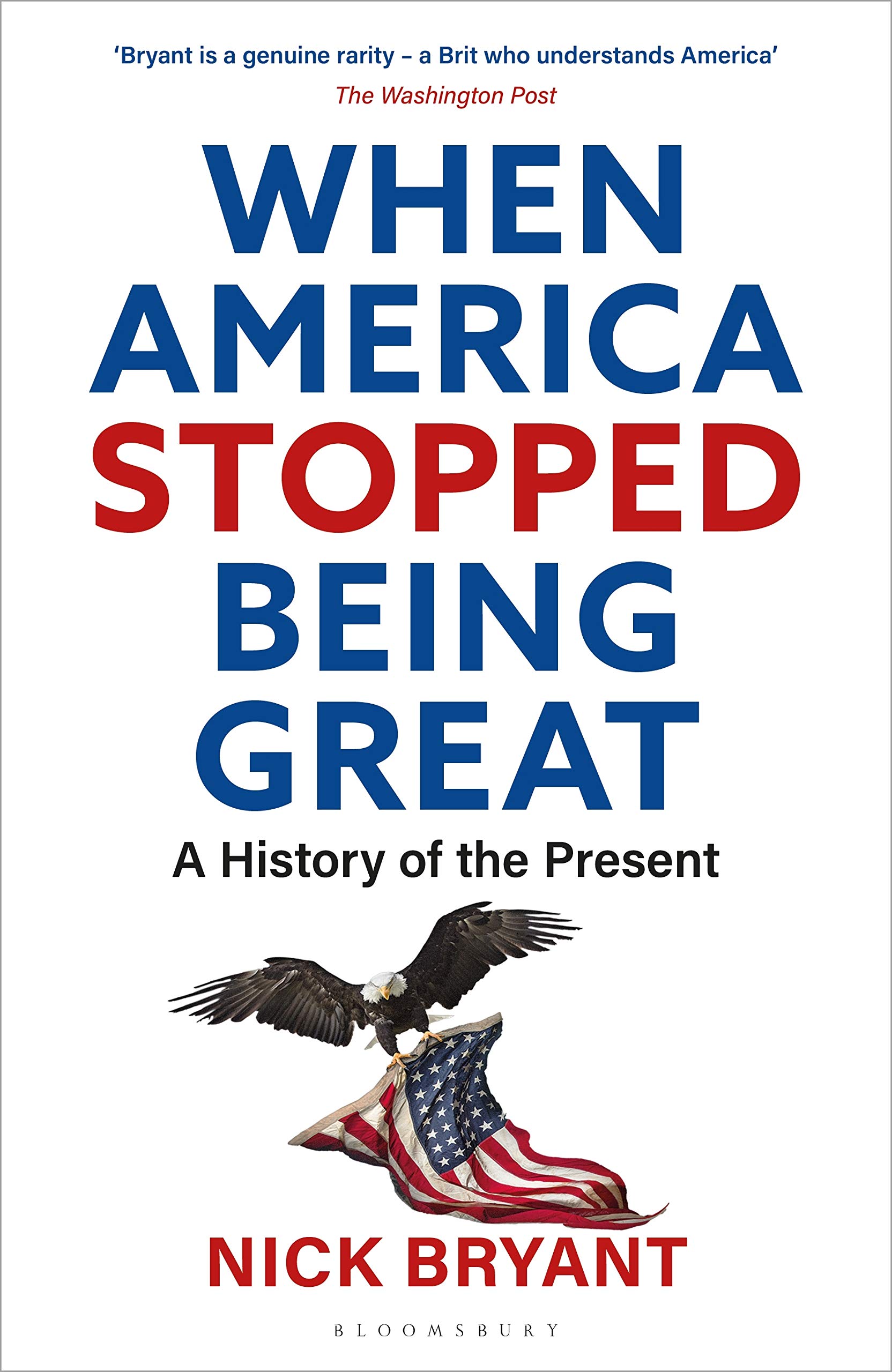 In When America Stopped Being Great: A History of the Present, Nick Bryant looks back on the major events from the last four decades of American history in an effort to uncover what led to the dramatic and polarizing events that have characterized far more recent history, including the Trump presidency, the Black Lives Matter movement, the storming of the Capitol Building, and the (mis)handling of the COVID-19 pandemic. Through clear prose and powerful imagery, Bryant explains how the optimism that permeated American society following the end of the Cold War was eroded in the decades that followed due to political scandals, economic inequalities, and social immobility, resulting in a society that was more divided than ever before. Bryant argues that this sense of division paved the way for Donald Trump to become president, which led to the further polarization of groups within US society. It’s a deeply personal account that still manages to provide a broad overview of American history, offering suggestions as to what the future may hold. 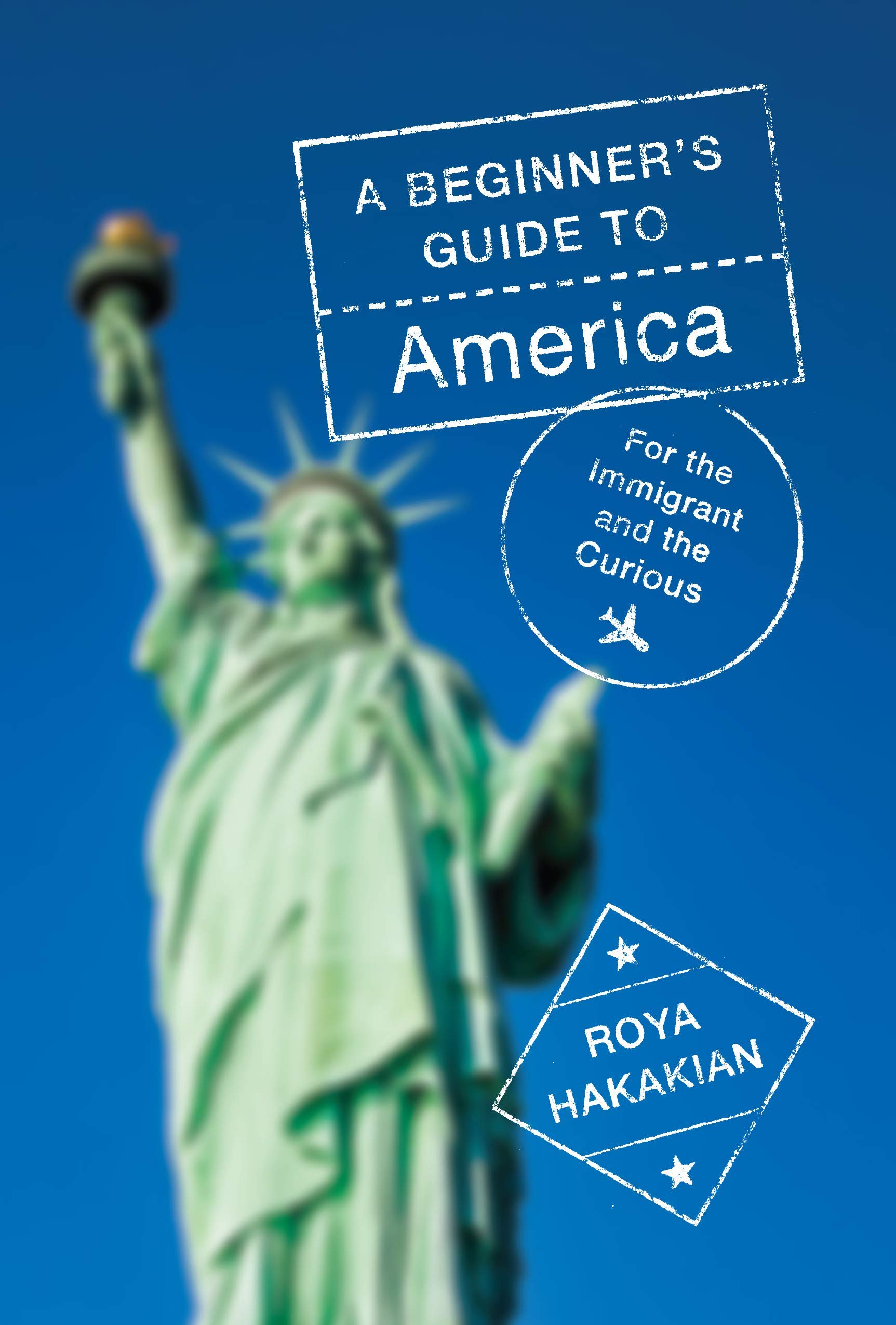 Roya Hakakian fled her homeland of Iran in August 1984 and, after spending months trekking through Europe as a refugee, eventually settled in the United States. In the prologue to A Beginner’s Guide to America: For the Immigrant and Curious, she reflects on how, as a new arrival to the country, she was bombarded with information on the practicalities of being an immigrant to the United States but given next to no advice on how to live as an American, how to fit in, and how to reconcile her old life with the new one. Hakakian notes that while no two immigrants are the same, there are common human experiences and common immigrant experiences, which means that there are understandings, reflections, and puzzlements that could be of benefit to all. She has written this book to elucidate an immigrant’s perspective on life in the United States and so to help both new arrivals and natives expand their understanding of contemporary America. As such, it provides an unflinching, insightful, and sometimes even humorous account of immigrant life from the point of arrival through to naturalization and beyond. 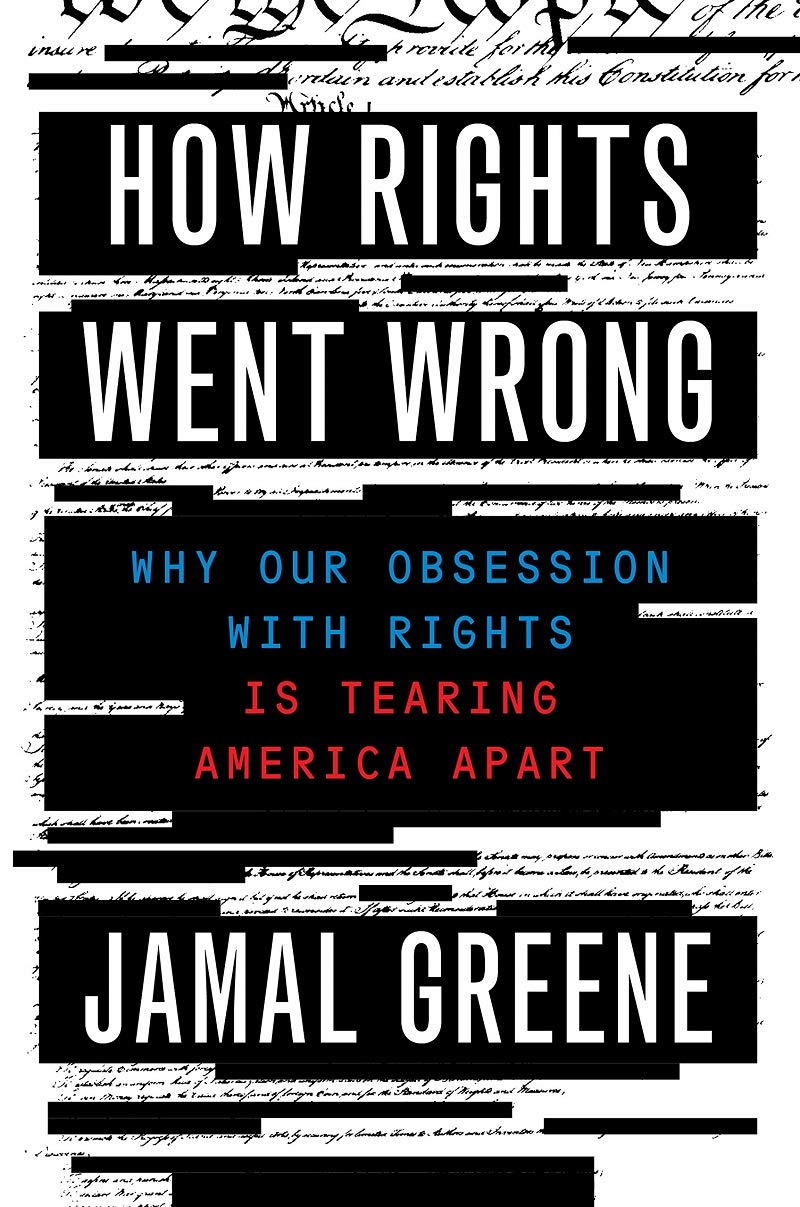 Despite referencing the existence of certain “inalienable rights,” including “Life, Liberty and the pursuit of Happiness,” the US Constitution actually says very little about the specificities of rights, most likely because the Founders disagreed as to their nature and necessity. In fact, as Jamal Greene notes in How Rights Went Wrong: Why Our Obsession with Rights Is Tearing America Apart, the Founders preferred to leave the issue of rights to legislatures and juries, not judges, although it was their failure to tackle the issue of racial discrimination that gave rise to the human rights system seen in the United States today. This lack of a structured approach to rights has led to a situation in which the courts will protect the interests they recognize as rights from even the positive interference of democratic politics, while they leave interests that have not been officially recognized as rights to the mercy of the government. The difficulty of determining “true” rights from mere interests was compounded by the explosion in rights seeking that characterized 1960s America, and the situation is no more clear today. Greene elucidates the need to reconceptualize rights and to link them more closely to justice before the divisions in contemporary society cause irreparable damage. 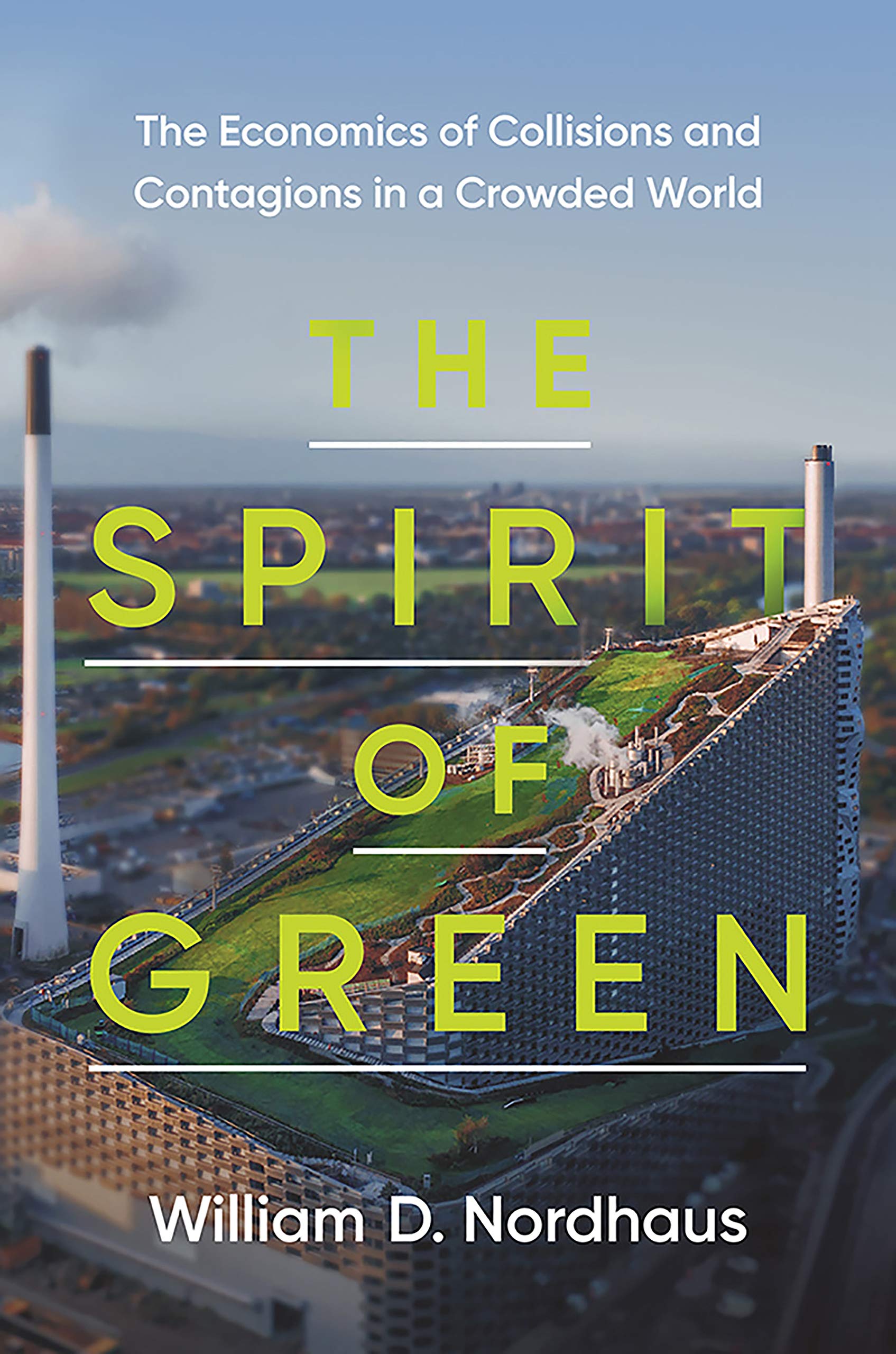 In writing The Spirit of Green: The Economics of Collisions and Contagions in a Crowded World, William D. Nordhaus, who won the Nobel Prize in Economic Sciences for “integrating climate change into long-run macroeconomic analysis,” sought to address the challenges posed by economic growth and globalization and the unintended consequences of the two. The consequence of particular interest to him is climate change, and many of the ideas presented in the book are intended to help slow that process. Due to focusing on the issues from an economic perspective, Nordhaus discusses how both public and private institutions can be harnessed to identify effective solutions to the challenges facing industrialized societies. He also seeks to answer a wide range of social, political, and economic questions from what he terms the “Green” perspective, focusing on issues such as pollution, global warming, and inequality. Nordhaus clearly sets out his Green philosophy and establishes its potential applications in globalized and technologically sophisticated societies. He suggests concrete Green steps that can be taken to help save the planet, ranging from increasing the incentives associated with the use of Green energy to improving ethical norms for both individuals and companies. In doing all this, Nordhaus succeeds in rendering complex discussions highly readable.